To maintain the desert inspired linguistic sentiments …The Kill Devil Hills have ripened into the sun wizened, rifle cradling old man on the front porch, dispensing wisdom as freely as he spews forth obscenities to those who dare trespass on his land…

The album opens with two sing along tracks, ‘It’s Easy When You Don’t Know How’ and ‘Cockfighter’ which, with it’s one word chorus and short punkish riffs, was a favourite at their recent Brisbane show. These two tracks are fun and tight, ballsy, and set up an expectation of more of the same for the rest of the album. But with track 3, ‘I Don’t Think This Shit Can Last Much Longer’, the Kill Devil Hills turn inward. This is a gentle, emotive and introspective track. ‘Rosalie’ is similarly paced – moving, dark and beautiful, reminiscent of Nick Cave and The Bad Seeds’ ballads. ‘The White Lady’ continues along the same tracks, drawing on the minor scales and bringing melancholic aspects.

A short burst of more energetic and heavy music resumes further down the track listing with the rocking ‘Siam’. The close of the album and final tracks ‘Cool My Desire’ and ‘Lucy-On-All-Fours’, see the Kill Devil Hills sink further down into mellow tunes, the rock angst and fire that is present throughout much of the album relaxing into soft, spare tracks. ‘Cool my Desire’ is achingly slow and drawn out, the timbre of the vocals full of craving need as well as painful lament. Album closer ‘Lucy-On-All-Fours’ is a tender love song, but, as the title indicates, whilst reverential towards the woman in question, the veneration expressed is done so through lines such as “she kisses me like a saint and f**ks me like a whore”.

Man, You Should Explode is a well crafted journey, an allegorisation of the path across a lifetime – energetic, choppy rock at the beginning; a middle full of complexity, some fire and a few regrets; and finally the inevitable reflection, softening and slowing down of old age. Each song bunkers down into its own space in its own way. The flow of the tracks across the album, from the opening catchy tunes to the haunting beauty of later tracks, keeps the listener intrigued. Each track contains layers and unexpected pleasant surprises that reveal themselves further with repeated listens and add to the narrative of the record. Listening to this album feels like travelling across a brutal yet beautiful landscape with a cursing, trigger-happy old man narrating your way. 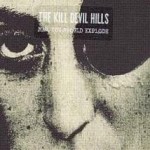