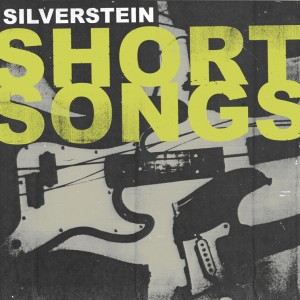 Short Songs by Silverstein is anything but boring.

The 22 track album, which runs for just under 20 minutes, is composed of songs and punk covers which all fall under the 90 second mark. Whilst unique and upbeat, it can seem a bit fanatical and fervent at times and often it felt like a few of the songs were too abrupt (which is understandable when you try to keep a song under the minute and a half mark). Warning, the album is not for the faint hearted, and it isn’t something you want to listen to when you want to kick back and relax.

Short Songs is definitely short, fast and louder than anything Silverstein have produced in their previous five albums and the Canadian boys definitely have taken a unique risk with a number of elements. Short Songs features guest vocals from Tim Mcllrath (Rise Against), Chris Hannah (Propagandhi) and Mike Hranica (The Devil Wears Prada), just to name a few.

The second component of “Short Songs” (Set B) is comprised of 11 punk covers, including “Short Songs” (Dead Kennedy’s), “Coffee Mug” (Descendents) and “The Ballad of Wilhelm Fink” (Green Day). Granted some of the covers really didn’t do the original justice, however “The Ballad of Wilhelm Fink” and The Promise Ring’s “Scenes from Parisian life” are successful and definitely caught my interest.

Short Songs was a bit of a hot mess for me; some elements of the albums were fantastic, with a more powerful, hardcore driven edge in songs such as “Sin & Redemption” and “SOS”. However, there was definitely some bipolarity, as the first part of the album (Set A) fluctuated between a harder, rougher sound and their more commonly ‘emo-ish’ edge which resonated in “Brookfield” and with the power ballad “Sleep around”. “Sleep around” was one of my favourite tracks of the album with its acoustic guitar and ‘butter-wouldn’t-melt-in-your-mouth’ vocals, which sadly were swamped by the other harsher sounding tracks on the album.

Overall, I was fairly pleased with Silverstein’s Short Songs as it was a unique creation that definitely was a refreshing change for the band. However, I think the album is one for the fans as it isn’t the best introduction to Silverstein and I don’t think it has delved enough into the band’s style, which obviously would be a difficult feat to achieve is such a short amount of time that was set aside for the tracks. I definitely recommend a listen if you are on an energy high and want something to jump around. “Short songs” is fun, fresh and feverish.