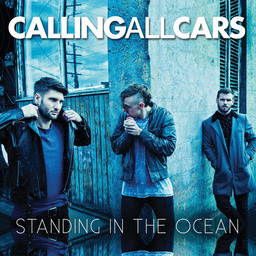 ‘Standing In The Ocean’ is the new single from Calling All Cars, the second from their forthcoming new album Raise The People. Already added to triple j rotation and destined to become a fist-pumping summer anthem, the single now boasts an equally seasonal video, a narrative of sorts from the mind of Melbourne director Timothy Melville.

“This was an amazing video experience for us,” bassist Adam Montgomery explains. “Every previous video we’ve made, we have been the ones calling the shots, from the original idea to the filming and to sitting in with the editor. Basically we are control freaks, but this time around we relinquished all (most) control and left it in the hands of our amazing director Tim Melville. We had a couple of meetings and were on the same page from the start. Tim’s original vision is basically what you see is the video. He really nailed the mood of the song.”

Arguably one of the hardest working young bands in the country, Calling All Cars haven’t sat still since their last single ‘Werewolves’ was released in September, painting the picture that will eventually unravel into the release of the album Raise The People. ‘Werewolves’ displayed the group’s new penchant for penning sharper hooks and finding a sound truer to their selves. ‘Standing In The Ocean’ offers another, equally-astounding angle and builds anticipation even higher for the March 7 release of the album via Cooking Vinyl Australia. 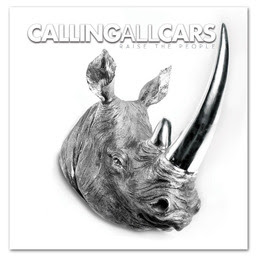 featuring the singles
‘Werewolves’ and ‘Standing In The Ocean’

Available on CD, digital and vinyl