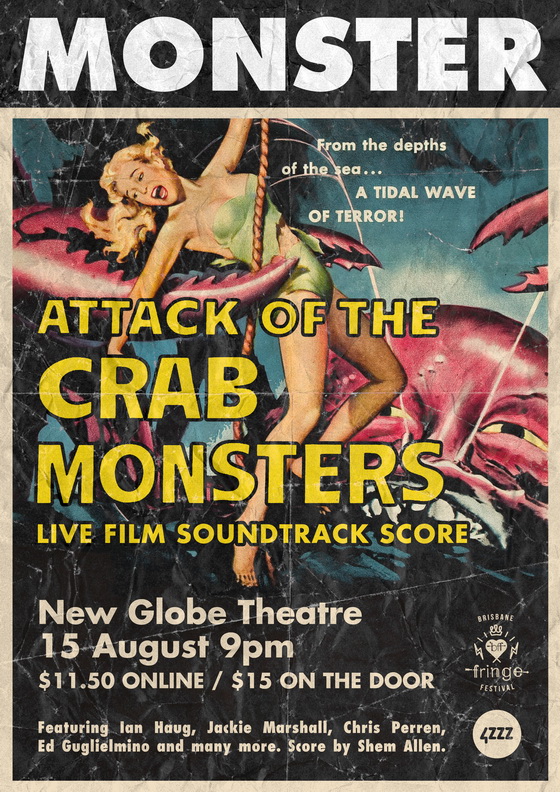 Take some of Brisbane’s most accomplished musicians. Smash them together into a make-shift outfit. Tell them to play the score to a muted black and white sci-fi film live in front of an audience. That’s precisely what is happening with MONSTER – a series where locals perform a live soundtrack to films. The inaugural edition involves the 1957 film Attack of the Crab Monsters. The band features Ian Haug (Powderfinger, The Church), Jackie Marshall, Chris Perren (Mr Maps, Nonsemble), Hik Sugimoto (almost every band in Brisbane), Sallie Campbell (every other band in the world), Ed Guglielmino and more – playing a score and libretto by Shêm Allen (Skinny Jean). This all-ages show promises to be a thrilling new take on the possibilities of live music in the Brisbane community.

The Attack of the Crab Monsters will screen at 9pm on August 15 at the wonderful New Globe Theatre as part of the Brisbane Fringe Festival. All proceeds from the ticket sales will go to 4ZZZ FM and New Globe Theatre.