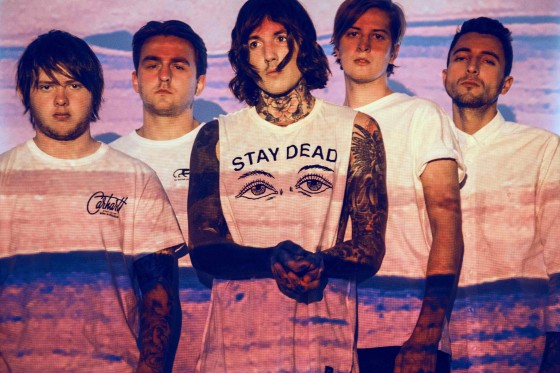 **** TOUR UPDATE ****
BRING ME THE HORIZON have announced that special guests ARCHITECTS and ’68 will be added to their upcoming Australian Tour in September.

Following the sell-out of their first Melbourne show on September 22, to meet overwhelming demand a second and FINAL Melbourne show has been added to the tour.

Tickets for this extra Melbourne date – at Margaret Court Arena on Friday September 23 – will be available from midday this Thursday April 28.

Tickets for all other shows on the That’s The Spirit Australian Tour are on sale now. No further shows will be added to the tour, which has become one of the hottest rock tickets of 2016.

BRING ME THE HORIZON have announced their eagerly awaited return to Australian shores for this coming September. The British rock band will perform arenas around Australia on their first tour Down Under since 2013.

Since the release of their fifth and most diverse album, That’s The Spirit, in September 2015, Bring Me The Horizon have become one of the hottest tickets in rock music, selling out arena shows across the world. The album has been a critical and commercial success, with esteemed publications like Kerrang, Rock Sound and Alternative Press giving the record full marks. That’s The Spirit debuted at #1 in Australia, as well as #2 on the UK and US Album charts, and has been certified Gold in both the UK and Australia.

Tickets for That’s The Spirit Australian Tour go on sale at 10am Wednesday, February 24.

Telstra Thanks is bringing an exciting 48-hour pre-sale just for Telstra customers from 10am Friday, February 19 until 10am Monday, February 22. For more information on how to purchase, visit: telstra.com/music.

BRING ME THE HORIZON are in no way strangers to the Australian market. Since 2006, they have made the country a staple in their worldwide touring plot, last appearing via a sold out 2013 headline tour in support of their smash hit Sempiternal album. And the Australian fans have returned the love – That’s The Spirit (out through Sony Music Australia) was their third consecutive #1 album in the ARIA Charts and was voted the #1 album of 2015 by Blunt and Hysteria magazines. Five months on from the release, the record is still sitting in the ARIA Top 50 albums.

The band was originally scheduled to appear as one of the headliner acts on Soundwave 2016. Since the cancellation of the festival, the band has promised its fans a return trip as soon as possible. The announcement is sure to be a huge hit with fans – dates are expected to sell quickly.