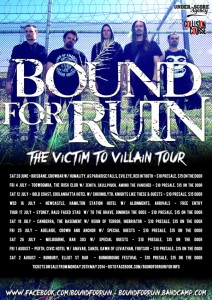 Brisbane’s hardcore champs, Bound for Ruin are taking one last run around the country with their brand new single, From Victim to Villain. Releasing the track as a single, signals the last release from their album “Oblivion” before they move into new album recording phase. The boys are taking the opportunity to do one great big last hurrah to the album for the fans and then are going to bunker down putting all of their effort into a new slab of their melodic hardcore for release in 2015.

They are taking the single all around the country, taking in QLD, NSW, VIC, SA and WA in a round-the-country run that would usually test the mettle (metal?) of many a band. They take in iconic venues around the country such as Crowbar in Brisbane, the Cooly at the Gold Coast, Bald Faced Stag in Sydney and The Basement in Canberra.

The single and tour announce will be followed up with a brand new filmclip that will be released on June 23, shortly before the “Victim to Villain” tour begins.

The track “From Victim to Villain” itself is an unforgiving, frenetic track, that smashes out of the gate, with many a melodic moment to break it up before the breakdown. From Victim to Villain is an album track from their highly successful album released in mid-2013, entitled Oblivion.

Bound For Ruin are the progeny of a flourishing Brisbane metal scene. Formed by members of Acacia, Turns To Ashes, This Collision and Daywalker; Bound For Ruin is an advanced prototype of heavy music, engineered by experienced, technically-gifted musicians focused on creating something unique. They have played with Soilwork, Adept, Dead Letter Circus and Feed Her to The Sharks and ruled the stage with all of them.

There is no uncertainty about what Bound For Ruin is doing. Every strum, every kick drum, every word sung, is executed with military precision. The heaviest moments are unrelenting and visceral – impacting on your body like a car crashing into a brick wall – a sound that is steadfast and impossibly heavy.

But as much as they‘re a heavy band, they are so in a less-conventional way than most. There is versatility to this band. An ability to bend physics and have a song fold in on itself from a moment of complexity and heaviness to one of simplicity and melody. To take something brutal and give it even more power by adding something smaller and sharper, like driving nails through the business end of a baseball bat.

The ‘Victim to Villain’ Tour will go on sale on Monday 26th May. For more information go to http://www.facebook.com/boundforruin.

Fri 4 July – Toowoomba, The Irish Club
w/ Zenith, Skullphuck, Among the Vanished
$10 Pre-Sale, $15 on the door

Sat 12 July – Gold Coast, The Coolangatta Hotel
w/ In Ashes We Lie, Chronolyth, Knights like These
$10 Pre-Sale, $15 on the door 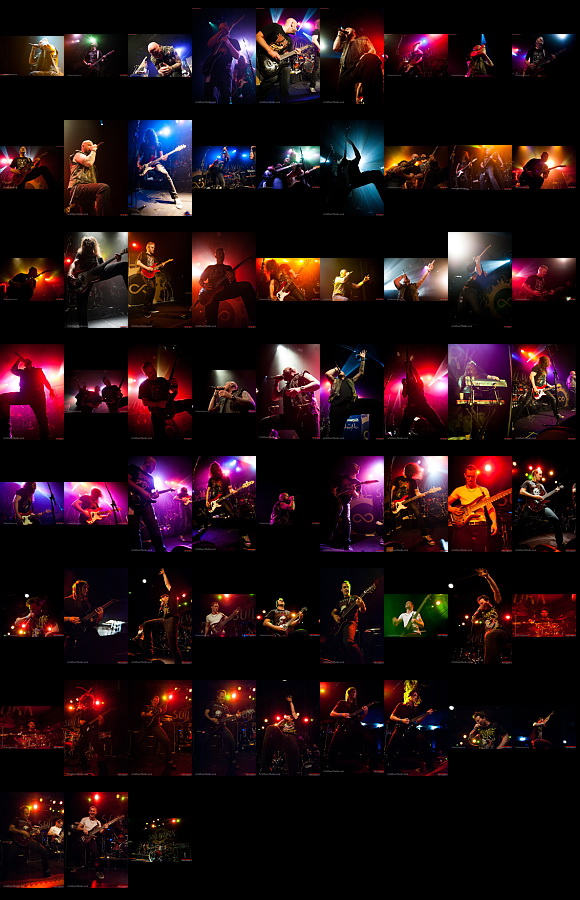