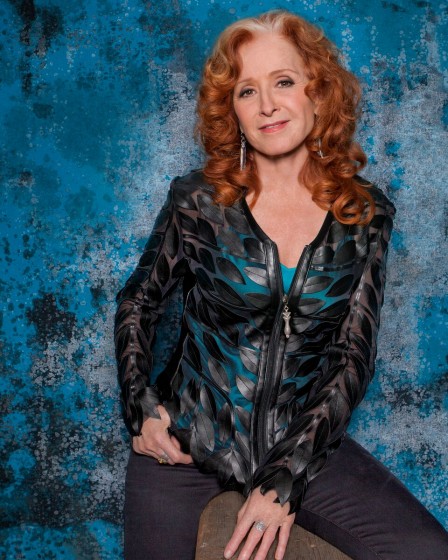 “Bonnie Raitt continues to exhibit the hot-blooded enthusiasm of performers half her age.” – Variety US

Rock and Roll Hall of fame inductee Bonnie Raitt is more than a best-selling artist, respected guitarist, expressive singer and accomplished songwriter…. She has become an institution in American Music.

The ten-time Grammy winner is returning with her twentieth album Dig In Deep (2016), the follow up to her critically acclaimed Slipstream (2012). Bonnie Raitt will be joined by her long time touring band: James “Hutch” Hutchinson (bass), Ricky Fataar (drums), and George Marinelli (guitar), along with Mike Finnigan (keyboards).

“I’m feeling pretty charged, and the band and I are at the top of our game,” says Bonnie Raitt. “This period of my life is more exciting and vital than I was expecting, and for that I’m really grateful. At this point, I have a lot less to prove and hey, if you’re not going to ‘Dig In Deep’ now, what’s the point?”

“I can’t wait to get back out on the road and play these songs,” she continues. “The band has never sounded better… and the best part is that we know how lucky we are to still get to make our livings doing something we love this much.”