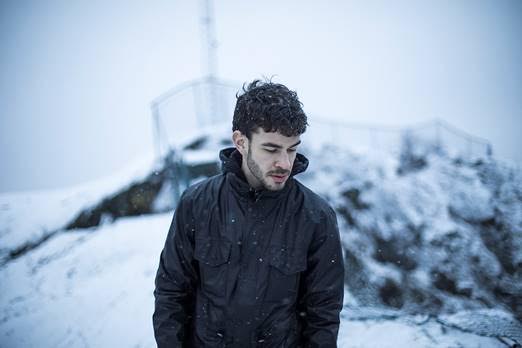 An accomplished musician, Bård’s boerd project aims to reflect his own personal emotions and atmosphere. With a deft and delicate approach to composition, his music draws you in whilst shutting out the outside world.

Cutting his teeth from age 15 in the world of chiptune (composing via the means of 16-bit videogame consoles), Bård quickly developed a taste for creating abstract music. And after a handful of EPs and live shows across Europe, he transitioned focus towards music that he felt better expressed his own place in the world. Enter ‘boerd’.

With influences ranging from Burial, Bibio and even Aphex Twin, the 26-year-old has developed a style that pushes the boundaries of atmospheric electronica with stunning attention to detail. Building his sound from samples he records himself, Ericson conjures a euphoric mix of subtle soundscapes that simultaneously breathe and play in awe.

More than an insular producer, Bård takes influence from his career playing double bass with the Swedish Royal Opera, Swedish Radio Symphony and the Royal Philharmonic Orchestras. His experience as a player in a significantly larger ensemble gives his music a unique vision and his arrangements a focus not easily realized by the typical bedroom producer.

His first work since signing with Anjunadeep, ‘Static’ is compiled of six meticulously crafted tracks. Amongst the release’s many highlights are the two vocal-led singles ‘Blind’ and ‘Void’. The former sees Bård debut his own vocals while on the latter the producer teams up with friend and fellow professional musician and producer, Ellen Arkbro.

Speaking of the release, Bård explains, “’Förgängligt’ is a Swedish word that best translates to ‘transient’. For me, the songs on ‘Static’ are about this feeling – about relationships that never happened, about the ones that did happen but faded away, about both hard times and nice moments in my life that I’ve almost forgotten. Sometimes it feels like I’m stuck in a static blur of memories. The sounds and melodies in ‘Static’ makes the memories come alive a little bit, and I hope other people will have the same feeling.”

Launched in London in 2005, Anjunadeep has evolved into one of electronic music’s leading labels with almost 350 singles under its belt along with a string of iTunes #1 Dance / Electronic albums from artists such as Dusky, Lane 8, Cubicolor and Moon Boots. The label has also built an ever-increasing reputation for touring and hosting festival stages around the world all the while picking up a steady stream of coverage from publications like the New York Times and Wall Street Journal, as well as leading industry press such as Pitchfork and Resident Advisor.

‘Static’ is set for release Friday 6th April 2018 via Anjunadeep.