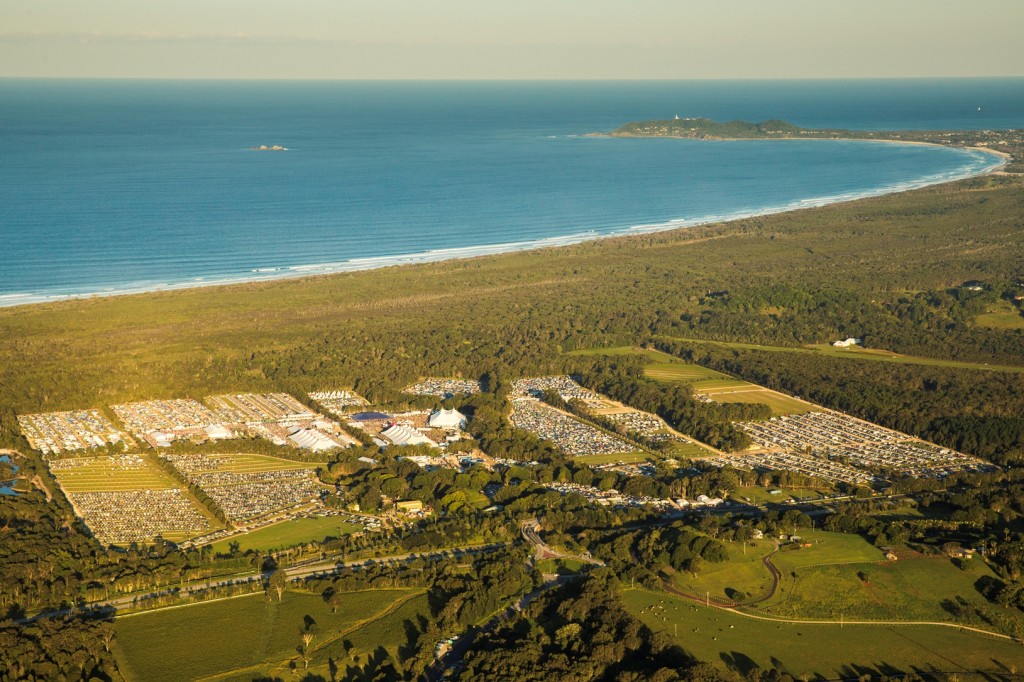 It’s a wrap – Three weeks on and Bluesfest is still on everyone’s lips and very much alive. The much awaited Bluesfest figures, facts and quotes have been released AND the results are not only hugely entertaining but truly fascinating. Kudos to Bluesfest for taking the time (in paradise) to collate them all.

The festival celebrated its 25th Anniversary over the Easter long weekend from 17th to 21st of April with a diverse blend of classic to contemporary artists performing awe-inspiring shows, delicious food and perfect weather with glowing reviews from both media and festival goers alike.

Festival Director Peter Noble on the line-up and breaking records in 2014:
“WOW, we have REALLY heightened the bar this time” said an exuberant Festival Director Peter Noble after the event. “We have achieved our highest attendance in the history of the festival on our Silver Anniversary year and in fact there are records coming in from all over, we toured more artists (39 all up), had more campers, sold more merchandise – in fact virtually everything was up, but of most importance is the response from the festival ticket buyers and artists, we have never had this level of positive response in our 25 year history.”

“There were many legends performing from Buddy Guy, the Doobie Brothers, Elvis Costello, Jeff Beck, Garland Jeffreys and more plus an impressive contemporary line-up featuring Edward Sharpe & the Magnetic Zeros, Jake Bugg, Passenger, Iron & Wine, Nahko & Medicine For the People and so many more which gave such a great vibe. We have never presented so many astonishing ladies Beth Hart, Grace Potter, India.Arie, Joss Stone, Suzanne Vega, Nikki Hill and many more tore the house up.”

Peter Noble added; “It was the biggest Blues & Roots line-up we have ever presented, the Australian contingent shone out and to have three headline artists whose most recent CD release went to number one on the US Billboard album chart – in Dave Matthews Band and Jack Johnson and number two in John Mayer capped off our most incredible festival so far.”

“We are still on a high two weeks after the festival and believe we can stake the claim of being Australia’s pre-eminent music festival, if you can go by the media and artists and fans. There must have been a dozen who said Bluesfest is either the world’s best music festival, in the top three, or has the best vibe. With over 100 artists on offer already for Bluesfest 2015, we are soon moving into booking that event – so agents take notice – Bluesfest IS the event to play in Australia.”

As the Bluesfest team now gear up for the 26th Annual Bluesfest to be held on the 2nd April – 6th April 2015, it’s time to share some of the components that made Bluesfest’s Silver jubilee such a success:

FESTIVAL & TOURING FACTS
· 2014 Festival attendances totaled 104,526 over five days. Our best ever result – last year was 104,244.
· 5660 Happy Campers setup their home away from home on the Bluesfest campgrounds.
· 109 bands performed over 230 performances across the seven stages. There was also a total of 26 buskers that entertained festival goers at the South gate entrance over the five days.
· Bluesfest Touring had 39 bands on the road pre, during and post Bluesfest, a total of 83 shows, 121 performances with attendances in excess of 47,000.
· 1585 rooms were booked locally for Bluesfest artists and 1574 rooms for Touring artists.
· 6000+ pre-early bird tickets have already been sold for Bluesfest 2015
· 1054 workers and 500 volunteers contributed to festival set-up, operations and de-construction.
· 2038 Surveys were completed by festival attendees.
· The 2014 Bluesfest Busking Comp now in its 11th year was won by Eddie Boyd & The Phatapillers; a trio of mountain men (Sydney Mountain men to be precise) and local boys Craig (3 Members) took out the Grommet category.
· Zero incident reports with our resident koala’s who were monitored by University of Queensland during the festival.
· The Hon Tony Burke, The Hon Anthony Albanese, The Hon Don Page, Councillor Sol Ibrahim, Minister Robyn Parker, Former Treasurer Wayne Swan and Former member Janelle Saffin were just some of the dignitaries who attended the festival.
· Guest appearances were aplenty in 2014, Joss Stone joined Jeff Beck during his set to perform “I Put a Spell On You”, Warren Haynes of Gov’t Mule joined the Dave Matthews Band to perform Jimi Hendrix’s “All Along The Watchtower”. Ozomatli sat in on Jack Johnson’s “Staple it Together”, Xavier Rudd jumped on stage for Nahko and The Medicine People’s Sunday set. Jurassic 5 MC Chali 2na joined WAR on stage, Bernard Fanning joined Kasey Chambers, Henry Wagons joined Michael Franti and India.Arie performing with Playing For Change were just some of the surprise guest collaborations.
· Bluesfest 2014 was a year of many hats and not just in the crowd, Buddy Guy, Elvis Costello, Erykah Badu, Suzanne Vega, Gary Clark Jr, Michael Franti, Dr John, Foy Vance and Kate Miller- Heidke are just some of the artists that wore a hat of some description on stage.

FOOD FOR THOUGHT
· Over 40,000 coffees were consumed by Bluesfest patrons over the five days and 1200 coffees fuelled the 109 bands. 4000 cups of chai, using 260 litres of regular milk and 200 litres of soy milk was consumed from one stall alone.
· Festival goers were hungry; just some examples of totals consumed from individual stalls included 1400kg Noodles, 1 tonne of meat, 350kg of lettuce, 3500 Boiled eggs not to mention 20,000 + donuts and the 14,000 Yum Cha pieces consumed over the five days.
· 1844 meals were served to Artists over the five days of the festival and 4284 meals to festival crew over seven days.
· Leftover food was donated from Bluesfest Catering and food stalls to the Byron Youth Service, The Liberation Larder and The Salvation Army.

‘GREEN’FEST
· 4 tonne of organic waste from the festival was given to a local pig farmer.
· 500 litres of used oil from the food stalls was given to a local farmer who coverts into bio-oil to run his machinery.
· Landfill from the festival went to Titree, a green energy plant and gets converted into Methane gas which powers about 10,000 homes in the Ipswich (QLD) area.
· Recycling figures increased in 2014 and general waste decreased with a total of 23.84 tonnes of recycling collected during the festival.
· A new green initiative in 2014 included the 4000 biodegradable garbage bags & recycled animal feed bags handed out to Bluesfest campers which encouraged campers to dispose of their rubbish and recycling correctly.
· Another new green initiative from the Bluesfest waste department in 2014 included the 35 ‘Bin ya butts distributed around the festival site to encourage festival goers to dispose of their cigarette butts correctly, these were made from recycled PVC pipes painted up as cigarette butts.

CHARITY HIGHLIGHTS
· Bluesfest has become the highest annual fundraising contributor in Australia to Cystic Fibrosis after raising fundraising reached a record of $55,000 this year, bringing the total Cystic Fibrosis Fundraising to date $374,000. A total of 825 hours was worked by the Cystic Fibrosis team of dedicated volunteers during the festival.
· 6000 people were breathalysed by the Byron Youth Service
· It is no surprise five more litres of sunscreen than last year was handed out by the Cancer Council team over the five sunny days, a total of 15 litres of sunscreen.
· 2014 Charity Stalls included: Australian Seabird Rescue, Bay FM, Byron Youth Service, Cancer Council, Cystic Fibrosis Foundation, Playing For Change, The Uncle Project, Westpac Lifesaver Rescue.