Tickets are on sale for Bluesfest, the 2010 Australian Event of the Year, and are selling very fast. The festival dates next year over Easter are from Thursday April 21 through to Monday April 25, 2011.

The second Bluesfest announcement for 2011 includes:

The new names join the artists first announced in November which included:

Add it up for plenty of infectious grooves and merry wonderment… but don’t delay as tickets are selling faster than ever this year!

DIRECTOR’S COMMENT
Festival director Peter Noble said, “The response to our first announcement has been astounding, in terms of faster than ever ticket sales and comments, indicating that we’ve really captured the imagination of the Australian music lovers this year. But we’re most proud of the depth of the artist quality all the way through our first two announcements – which is why we often say our headliners might be the reason you buy a ticket to Bluesfest, but it’s everything else going down that makes you rave about it and keeps you coming back!

“Our second announcement really takes Bluesfest 2011 to another level: The beautiful tones of Geoffrey Gurrumul Yunupingu will truly light up the festival – and this is exclusive, you won’t see him perform anywhere else. We also have the reggae royalty of Toots & the Maytals, the absolute reigning soul queen of New Orleans Irma Thomas, the stunning soul voice of John Legend who has just recorded a killer album with the Roots, the greatest soul Hammond organ player ever in Booker T, and the preeminent Mexican-folk-meets-rock-and-roll band Los Lobos.

“Nowhere else in Australia will you find so many artists who are the best of the best. You’ll see the band that practically invented funk music: the Funky Meters, a jaw-droppingly great German band with the best blues guitar player in Europe – B.B. & the Blues Shack, Joe Louis Walker – one of the last of the great blues guitar heroes with fans including Mick Jagger, B.B. King, and Herbie Hancock, and the pumped up blues and soul of Barrence Whitfield who’s been described as Little Richard meets James Brown.

“And yes folks, there are still more great announcements to come!”

Recent awards for Bluesfest
Just last week, Bluesfest picked up a Silver in the Major Festivals and Events category of the NSW Tourism Awards for our 21st Annual Bluesfest held earlier this year.

And for the fourth year in a row – Bluesfest was awarded as an international winner in August for The Greener Festival awards, certainly a continuing tribute to the festival’s long-term commitment to environmental sustainability.

Bluesfest has grown to be one of Australia’s premier music festival events. Held annually for the last 21 years over the Easter long weekend, the 5 day musical extravaganza attracts people from around the World and across Australia to the North Coast of New South Wales, Byron Bay.

From humble beginnings in 1990 attracting a modest audience size of 6,000 music lovers from around the country, Bluesfest has steadily developed its reputation of excellence amongst musicians and concert goers nationally and internationally throughout its 21 year history.

Tickets can be purchased by: Phoning the Bluesfest office on 02 6685 8310
or visiting the website at www.bluesfest.com.au 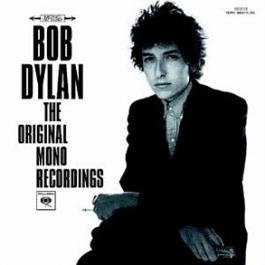