Double Pass Giveaway to BIFFY CLYRO Brisbane show on 18th May! See below for details.

‘Only Revolutions’, Biffy Clyro’s fifth album was recorded in LA with producer Garth Richardson (Rage Against The Machine, Red Hot Chili Peppers) at the helm, and mixed by Andy Wallace (Coldplay, Nirvana). Multiple Grammy-winning composer David Campbell – who has worked with an array of legendary talents including Marvin Gaye, Bob Dylan, Metallica and Radiohead, and who one an Oscar for the score to ‘Brokeback Mountain’ – contributes lush orchestration throughout. The album also highlights a special guest collaboration with Queens of The Stone Age frontman Josh Homme on the epic stand-out anthem ‘Bubbles’.

The band have recently been supporting Muse on their European dates, playing to packed houses, and will be performing at upcoming overseas Festivals Isle Of Wight, T in The Park and Reading & Leeds.

So catch them in Australia while you can.

Note: Ensure you use a valid email address as the winners will be notified by email on the 15th May 2010. You must be 18+ to enter this giveaway.

It ’s that simple!

Conditions of Entry
1. Entry to this giveaway is for people 18 years of age or older.
2. Winners will be notified by email.
3. Winners will be determined by LifeMusicMedia. All entries become the property of LifeMusicMedia.
4. No correspondence will be entered into and the prize is not transferable or redeemable for cash.
5. By entering any LifeMusicMedia giveaway, if you are not already a LifeMusicMedia subscriber you give permission to be included as a new LifeMusicMedia subscriber. Note: subscription is free and you may unsubscribe at anytime.
6. This double pass giveaway is for one(1) double pass per winner, to the:
* BIFFY CLYRO @ The Hi-Fi, Brisbane on the 18th May 2010 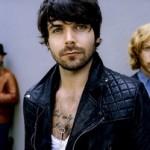