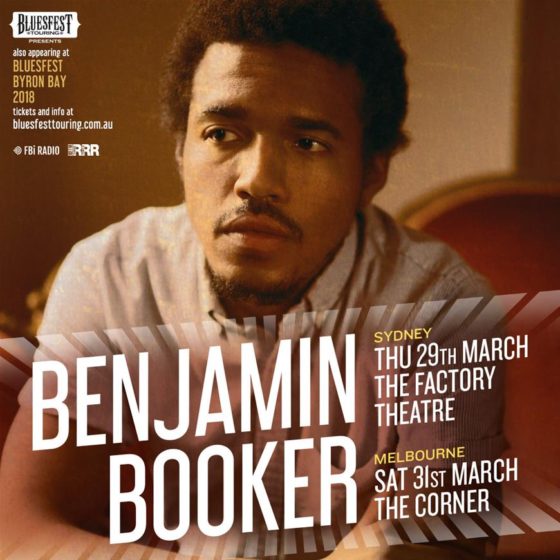 Bluesfest Touring, FBi Radio and RRR are proud to announce that Benjamin Booker will play Sydney and Melbourne around his highly anticipated Bluesfest appearances. Based in New Orleans Booker draws his influence from post-War electric Blues, and garage punk. In 2017 he released ‘Witness’ an album that he created in response to the racial tensions facing America in 2017. The title track features civil rights icon and Bluesfest favourite Mavis Staples and is an anthem which demands listeners to answer the question: “Am I going to be a Witness?” and in today’s world, “Is that enough?” Booker creates powerful music, that is as exhilarating and well-crafted as it is significant.

Benjamin Booker wants to be more than just another guy with a guitar. He glided across the stage, stepping off and onto a lower platform to get closer to the crowd. He threw one hand in the air to emphasize what should be emphasized, but never did too much. Has he been studying later career performances from the late, great Marvin Gaye? – The Chicago Tribune