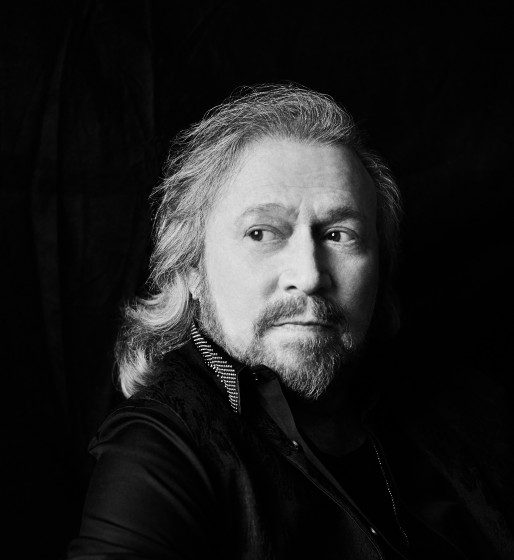 SUNDAY OCTOBER 9, 2016 – Ladies and gentlemen, the legendary BARRY GIBB is set to make a very welcome return to our shores in April 2017 for series of shows around the country, kicking off his world tour.

Four years after his lauded 2013 Mythology Tour, Barry Gibb will begin his In The Now 2017 Tour in his home state of Queensland with a show at the Brisbane Entertainment Centre on April 5, before heading to Hope Estate winery in the Hunter Valley, and then on to arena shows in Adelaide, Perth, Melbourne and Sydney.

Gibb will also take to the stage at Byron Bay Bluesfest for his headline performance on Monday April 17.

The In The Now Tour will showcase a generous selection of Bee Gees songs, global hits that resonate so strongly with local audiences to this day. Blending perfectly alongside solo material from Barry’s brand new studio album, In The Now, it is a live set to satisfy even the most ardent fan. ‘In The Now’ (out now through Sony Music Australia) is only the second solo release of Gibb’s career and his first album of all new material since the Bee Gees’ final studio album in 2001.

The shows will feature the same outstanding band that impressed audiences on the Mythology Tour in 2013, including Barry’s son Stephen on guitar – this is a concert event not to be missed!

Tickets will go on sale at 2pm Monday, October 17.

Telstra Thanks is bringing an exciting 48-hour pre-sale just for Telstra customers from 9am Wednesday, October 12 until 9am Friday, October 14. For more information on how to purchase, visit: Telstra.com/barrygibb.

Barry Gibb stands as one of the most prolific singer/song-writer/producers of the modern era, boasting a career that has spanned more than five decades.

As the eldest brother and creative leader of the Bee Gees, Barry Gibb, along with his brothers Maurice and Robin (born in Redcliffe, Queensland), represent one of the most successful vocal groups in rock and roll history.

With their signature vocal style and blending of musical influences, the music of the Bee Gees has crossed all musical genres from Pop and R&B to Country and Rock-n-Roll.

As a songwriter, Barry Gibb is hailed with contemporaries such as Lennon and McCartney, enjoying the most consecutive Billboard Hot 100 Number Ones of any songwriter, with six; and he is the only songwriter to have written or co-written five songs that were simultaneously in the Top Ten. Throughout his illustrious career he has written, produced and performed with the best of the best, taking production credits on Barbra Streisand’s two ‘Guilty’ albums, Dionne Warwick’s ‘Heartbreaker’, Kenny Rogers’ 1983 long player, ‘Eyes That See In The Dark’ and Diana Ross’s ‘Eaten Alive’, as well as three number one hits for his younger brother Andy Gibb; and has had his songs recorded and/or performed by artists such as Roy Orbison, Michael Jackson, Eric Clapton, Destiny’s Child, Celine Dion, Michael Buble, Elton John, Tom Jones, Janis Joplin, Olivia Newton-John, Dolly Parton, Elvis Presley, Kenny Rogers, Diana Ross, Nina Simone, Rod Stewart, Tina Turner and Ricky Skaggs.

The Bee Gees were inducted into the Rock and Roll Hall Of Fame in 1997, and have accumulated sixteen Grammy nominations, with nine wins. They are the biggest record sellers in Australian music history, with more than 220 million worldwide sales.

tickets on sale now at www.bluesfest.com.au