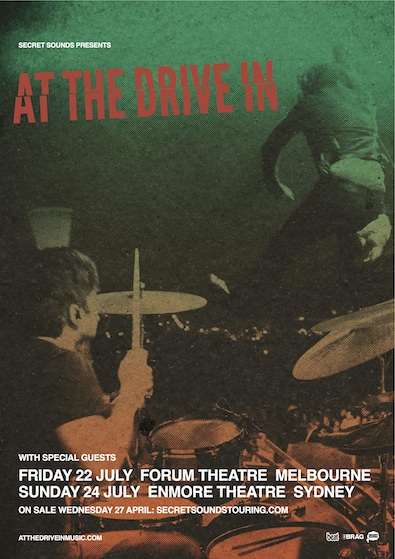 It’s official… One of the hardest hitting and best live bands of modern music are back! As announced earlier this year, Texan post-hardcore titans At The Drive-In are to re-unite this April/May, marking their first performance as a band since 2012.

It’s been a mammoth sixteen years since 2000’s LP Relationship of Command, and At The Drive-In have confirmed that they are working on new music. In case it wasn’t clear: At The Drive-In are planning a massive 2016 and the news of their reunion tour has been welcomed by fans around the globe. Sydney and Melbourne fans are able to partake in the joy first hand this July, marking fifteen years since their last Australian shows that included the incredibly memorable performance at the 2001 Big Day Out!