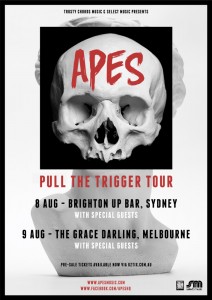 Concentrating this past twelve months on solidifying their fanbase and tailoring their sound, Apes are the archetype of a young act with a bright future ahead of them. Heavy triple j and BBC radio support has seen their star rise rapidly, as have impressive showings on the Big Day Out and Groovin’ The Moo stages, plus dates with Kingswood, Stonefield, The Love Junkies, Fidlar and Royal Blood. They’re currently catching their breath after tearing it up on tour with Band Of Skulls. Next stop is Sydney and Melbourne single launches in August, both tiny club shows that will no doubt sell fast and result in much beer spilt and many hands in the air, followed by a coveted spot on the live program at BIGSOUND 2014. Brash and tight, Apes’ live show will do them many favours as the band continue to work their way into the popular favour.

New single ‘Pull The Trigger’ highlights Apes’ versatility, adding another gloriously catchy, garage-rock tune to the bands’ striking catalogue. Produced by Michael Belsar of Hunting Grounds, and mixed by Bill Skibbe (The Kills, The Black Keys, The Dead Weather) it is drenched in warm reverb, driven by melodious clean guitars and imbued with an effortless pop rock chorus. An encouraging step forward in he band’s songwriting, it’s startling these guys don’t even have an album under their belt’s yet. And, it’s already scooped up a triple j rotation add…

Pull The Trigger will be available July 7 via Inertia Access. 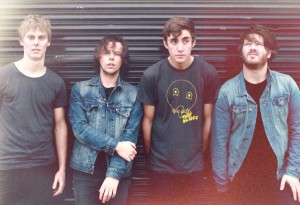 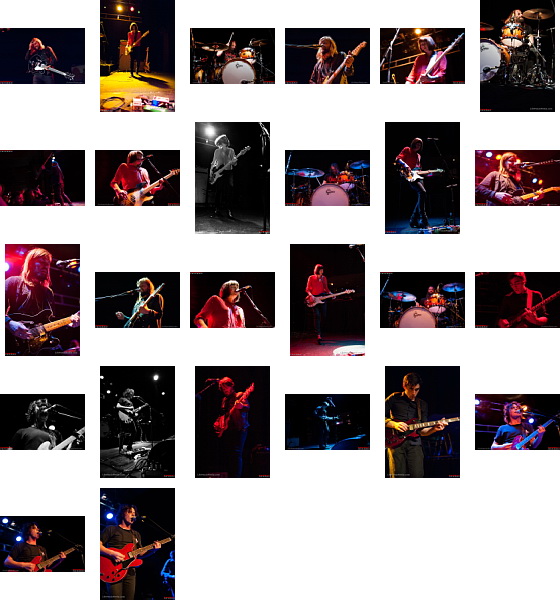