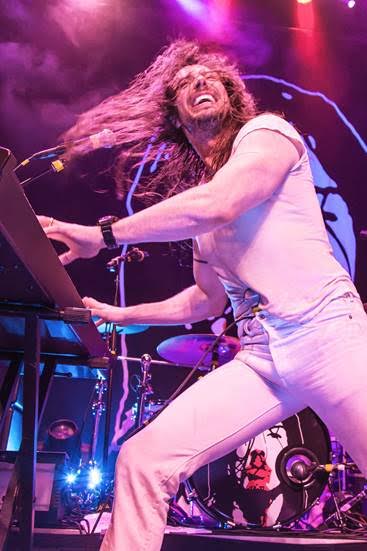 It’s safe to say, nobody has partied harder, longer or more fervently than the undisputed King of Partying himself, ANDREW W.K.

ANDREW W.K. is a one-man music machine possessed of a single-minded, monomaniacal focus to spread a singular message: That to party is to exist. And to exist is to party. Fans in Sydney and Melbourne will get to experience this life-affirming and overwhelming show in August because ANDREW W.K. is coming to Australia this August and he’s coming in hard!

An ANDREW W.K. live show is backed by a six-piece band of hard-driving musicians, became a collective celebration of unbridled joy that often turns entire dance floors into a giant, whirling circle pit of jostling bodies, with sweat and hair flying, and generally ends in a mass stage invasion that tears down the boundary between artist and audience.

The party lives on! 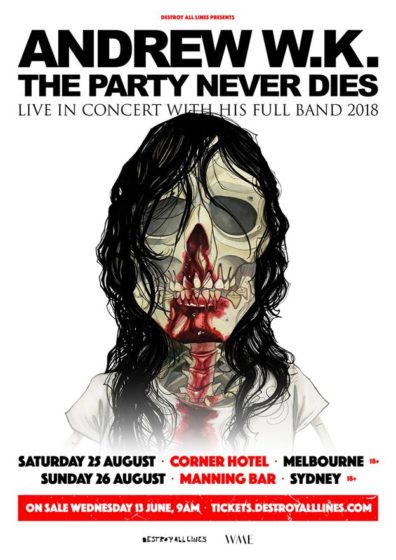