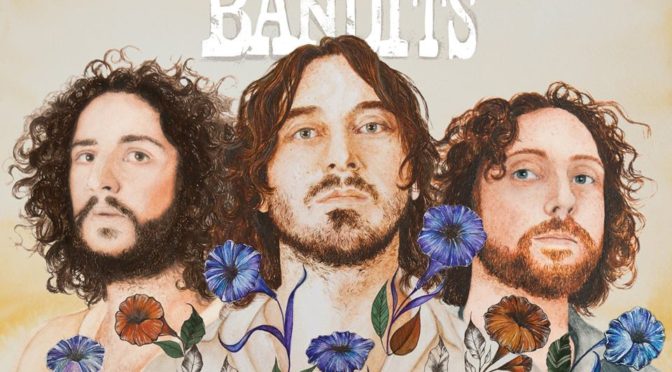 Wille and the Bandits are a British-based band who play a variety of different genres spanning across the Blues, Rock, Latin and Folk styles. The band currently consists of Wille Edwards, Matthew Gallagher, Harry Mackaill and Finn McAuley, and this album, Paths, was released in early 2019 in the UK.

WATB have been around for longer than many of their peers, with a discography dating back to 2010 and their New Breed album.  The band has toured with the likes of Deep Purple, Status Quo, Joe Bonamassa, the John Butler Trio and Warren Haynes. In 2014 they were voted in the Top Ten bands to see at Glastonbury.

They have played festivals across Europe, crossing genres from the pop scene (Isle of Wight), rock scene (Steelhouse), through to blues (Peer Blues), and surf (Boardmasters).

The album opens up with some wicked slide guitar and heads into a slightly frantic beats of the verse before the chorus of One Way hints at some stadium rock elements that may be to come…..perhaps as a result of and change of line-up and the addition of a fourth member of the band, bringing a second guitar and Hammond organ into the mix, behind front-man Wille Edwards.  This track really sets the scene for the album, with Wille’s rough rocker vocals over his southern guitar riffs.

An Electric Boys retro-groove to Make Love maintains the toe-tapping, foot-stomping feel to the record, and the raucous backing vocals are a joy – there is an excellent guitar solo here too, for all fans of blues and roots such as Jon Butler or Ash Grunwald.  There is a much more pop-rock feel to Victim of Love which is up-tempo and really catchy in the style of Matchbox 20, with a middle-eight that could be Santana and showcases some more superb lead guitar work from Wille.

Four Million Days is a slow-burning ballad with delicate, fragile and haunting vocals from Wille, before the band starts to build it up into a progressive epic of huge harmony vocals and ethereal wailing guitar work that sounds better the louder it is played.

There is an Eastern-vibe to Chakra that immediately brings some of our Australian progressive rock acts to mind, in Karnivool, Dead Letter Circus and Cog, filled with echoing guitar harmonics and off-beat drumming behind the contrasting vocal style that is half-spoken, half-sung before the chorus erupts.   There is some impressive drumming through the track, and a whole host of interesting musical sounds through the instrumental sections which further highlights the impressive musical talents of the whole band.

A swampy slide guitar blues riff that could be The Cadillac Three opens up Keep It On The Downlow, which then immediately changes tack as the rapping vocals kick in to the verse, the funky guitar rolling through the chorus, with more of the crowd-shouted backing vocals which you can just imagine being backed-up by the crowd in live shows.  Another more commercial pop-rock number in Judgement Day gives us another sense of the social and ethical questions being raised by Wille in many of the lyrics, which become more apparent the more you listen to the record.

How Long is Wille’s tribute to Chris Cornell, with a focus on the very real effects of depression on people and those around them – and the guitar and plaintiff vocals are also reminiscent, deliberately so we assume, of Soundgarden in their prime.  Wille has an uncanny ability to range from such delicate phrasing, to huge stadium rock vocals as shown in the chorus here. The bass and drums keep rolling on through this, while there is some wonderful guitar work happening as the song moves from stripped back frailty to huge alt-rock chorus.

The contrast could not be greater as the gritty fuzztone guitar kicks off Find My Way, a real garage rocker which any Aussie Jet fans will appreciate, and which would get any audience bouncing up and down in time as the band lets rip.  There is a great interlude of spacey guitar over some hand percussion and bongo work before the chorus rips back in. A bit more Eastern influence on the guitars and percussion as Watch You Grow begins, before the funky salsa / reggae rhythm picks up the tempo, again driven along by the drums and a rolling bass line.

The album closer harks back to a classic rock festival period, with a bit of Led Zep mixed in with the lap slide guitar bringing a southern rock tinge to the track, and some intense rock riffs in the chorus, with Wille snarling out the vocals and the title Retribution.  The band as a three-piece on this record, with Matt Brooks on bass and Andrew Naumann on the drums and percussion has an immense sound and covers a wide range of influences, using a broad range of instruments – Wille himself on guitars, lap steel and electric Weissenborn (designed in part by Wille with Anderwood Guitars) provides an earthy roots feel to many of the tracks to set them apart from the more straight ahead blues rock bands.  Roll on 2021 and the next chapter!