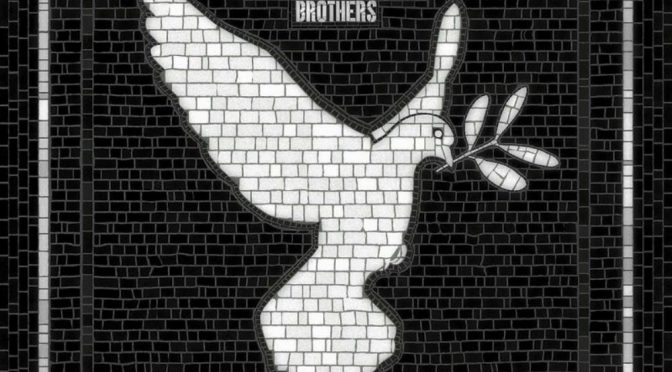 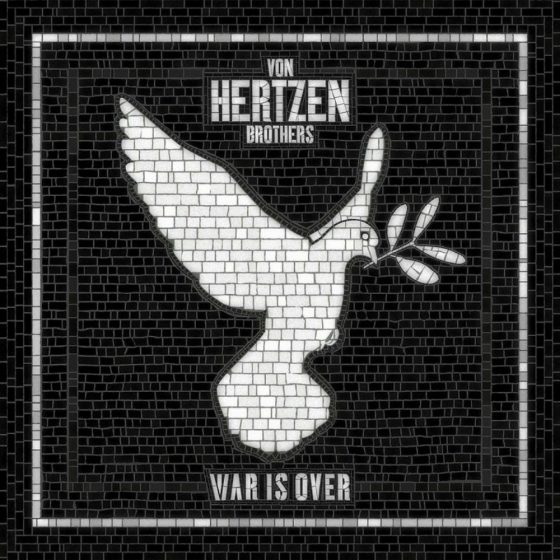 There seem to be more and more bands out there defying genres and refusing to be pigeon-holed as any one class of rock…..classic, indie, progressive or hardcore….there is a bit of something for all in the latest release from Finnish trio Von Hertzen Brothers, with their 6th album War Is Over released on the Mascot Label Group at the start of November.

The 3 brothers Mikko, Kie and Jonne Von Hertzen have seen critical success with their prior releases, including three Number 1 albums, and two Top 5 albums, and do everything except play the drums on the record. Opening the album with the 12 minute title track, War Is Over, a three-part prog-rock operetta with expansive keyboards from Juha Kuoppala and huge vocal harmonies, and a barrage of immense pomp drumming from Sami Kuoppamäki (who has featured with both Apocalyptica and Stratovarius). This is quite an awe-inspiring opening to a record, and could potentially leave the rest of the album for dead in terms of the impact this one has, featuring the closing fanfare which is a part tribute to 100 years of independence for their homeland, made up of 100 separate guitar parts and fireworks!

The opening riff to To The End Of The World is absolutely killer and brings Muse to mind, but the basis of an Indian raga (scale) also has a slightly eastern-tinge like The Tea Party and features some jerky rhythms and a wildly off-beat middle-section that builds into a choral symphony before heading back into the verse / chorus format from the start. The band describe this as their mix of Chick Corea and Black Sabbath so who am I to argue! The first single to be released from the album, The Arsonist, follows with its soaring vocals, heavy guitar riff, solid bassline, as well as an eight-bar drum solo. The most straight-up rock song on the album, it still features the signature vocal harmonies, and a ripping solo, as well an odd little white-noise piece before the closing chorus.

An enormously powerful opening to Jerusalem from drums and keyboards (featuring Janne ‘Burton’ Puurtinrn of HIM) with lyrics relating the tale of a refugee trying to adapt to a new set of circumstances in life. There is a power and passion that runs through all of the songs on the record, derived from the huge production, and the impressive pitch and range of vocals from Mikko. There are moments in this track which are mind-boggling.

Six of the 10 songs here are over five minutes long, the riffs appear heavier, the keyboards are bolder and more prevalent, and Kie plays some of his strongest, flashiest lead guitar work. Seemingly they’ve kept the confidence gleaned from the prior album New Day Rising, which saw them nominated in the Classic Rock Magazine awards and brought them much more exposure in the UK and overseas.

Frozen Butterflies sees some hauntingly melodic guitar-work before the drums and bass kick in hard with an insistent power-pop beat, and again more than a hint of Matt Bellamy’s guitar / voice combination, but very much with a Von Hertzen Brothers signature feel. Some ethereal vocals at the start of Who Are You? keep the atmospheric feel alive, with the tension stretching out, all the while knowing it is going to erupt, until we get a Karnivool-like explosion of guitars and synthesisers that rolls through to the climactic ending.

There is more of the eastern feel to the drums and the melody of Blindsight which the band describes as being a contest between the hard-riffing rock band and the world music / indie band, with each element trading punches until they come together in the chorus and finale, and some superb guitar work in the solo. Long Lost Sailor again opens up with a sensory overload of harmonies over rolling drums, and provides one of the best showcases for Mikko’s vocal range, and has echoes of plenty of classic and contemporary classic prog rock, from Kansas through to Cog and all points in between. There is a clarity to the guitar work here which was a deliberate effort to set the sound apart from other songs, which seems to be the VHB way. The band are certainly not setting out to copy anyone else, and their songs are all on a grandiose scale that’s slightly dark and powerful, while being progressive and unusual, but still rocks out with the best of them.

There is more of the sombre feel in the stripped back instrumentation of Wanderlust and a dark back-story of an emotional break-up and farewell, before the set-closing epic Beyond the Storm opens up with marching drums and more atmospheric keys and guitars……..with Mikko’s vocals offering more hints of Australia’s own Ian Kenny over a more classic prog rock backing. The overarching melodic theme of the song gets built up and repeated over time, with the band rocking out massively behind the vast expanse of vocal and guitar harmonies through to the epic end.

While the opening track of the record was mind-blowing, by the time you get through to the end of this somewhat offbeat and quirky offering, you are so immersed in the power of the performance of each track, that the immediate reaction is to simply hit Replay and do it all again. There are new sounds to discover at every listening…..and this should be played as loud as you can get away with!

Von Hertzen Brothers – The Arsonist https://youtu.be/hUsdiXJp3ws
Tracklist:
1. War Is Over

2. To The End Of The World
3 The Arsonist
4. Jerusalem
5. Frozen Butterflies
6. Who Are You?
7. Blindsight
8. Long Lost Sailor
9. Wanderlust
10. Beyond The Storm
Label:  Mascot Label Group 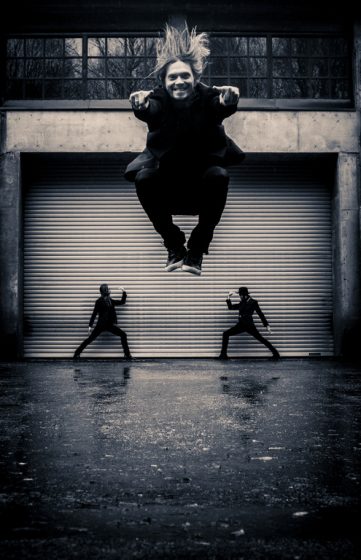