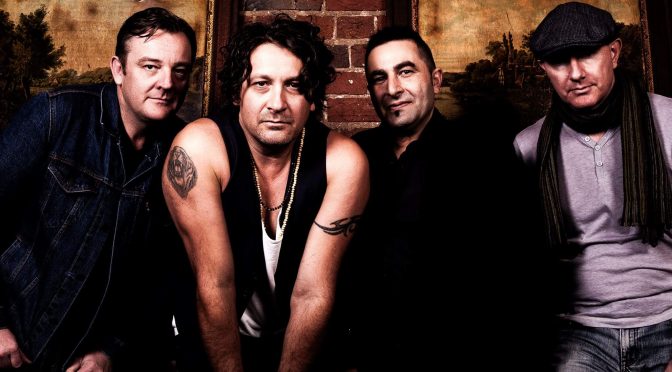 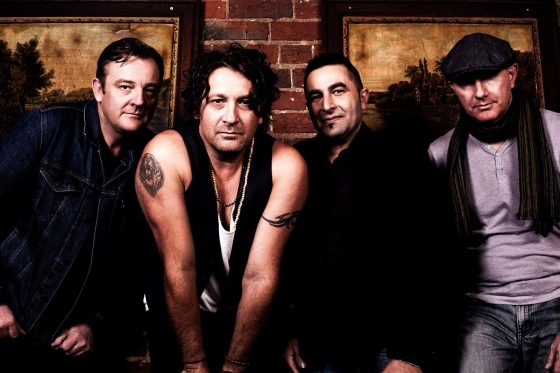 Brisbane band The Dustflowers belong somewhere south of the Mason-Dixon line in the southern USA, with their first release ‘Get There’ a collection of 5 songs that are gritty hip-swinging blues-rockers with a country twist, or country-rock with some added soul! You can take your pick – whatever style you like, the songs are all class! Recorded on the Gold Coast at Blind Boy Studios, and produced by Brad Hosking, a well-known session player and producer, this EP is a great intro to an Aussie band with stacks of international appeal.

No Friend of Mine opens up the EP with a rolling country rock number, that really comes to life when the lead guitar riff winds up, bringing the likes of US country-rockers Blackberry Smoke or The Zac Brown Band, with some added harmony and texture supplied by assorted horns courtesy of producer Brad Hosking.

Free Divin’ is the most impressive track on the EP – with blistering Hammond Organ from Vaughan Jones underneath the riff, and some stellar gospel-style backing vocals from guests Tara Braham and Michelle Piozza supplying the extras behind front man Dave French which really takes the song to another level. This is something that could have appeared on Eskimo Joe’s Inshalla record – with lush production and a huge sound overall.

Let Me Down Slowly is a beautiful ballad, with the warmth of acoustic guitars that hark back to classic Pink Floyd as well as the more contemporary pop-rock influences like Thirsty Merc, some lilting piano and more harmony vocals through the chorus, and harmonica from Dave French.

There is a unique blues-fuzz tone to the opening riff of Diggin’ At My Brain, and the spoken word opening lines to the first couple of verses force you to pay attention, before the main melody kicks in with the chorus, taking me back to the 1980’s and Billy Squier, and the song also features a great guitar solo from Jase Byrne and more accompanying horn section and organ from the guests. It may present a challenge to do some of these songs live, but I would give plenty to see the band perform with all of the backing musicians and singers onstage – like St Paul & The Broken Bones and their horn section.

Cowbell intro and a churning sleazy riff open up Stomp, and some slightly distorted vocals lead in to the pre-chorus before the chorus slams you in the chest, with a touch of Tyler Bryant or Dan Baird, relentless and powerful, with some great drumming from Kris Goodwin as the tempo picks up for the guitar solo, and then brings it back down for the final segment, with a full-bore final chorus, and then Jase Byrne just letting rip on guitar as the track fades out.

CD is available on iTunes – or direct from the band if you want something to actually touch!