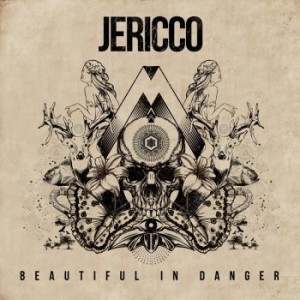 Debut albums are always difficult to execute for they lay out the musical platform for all aspiring bands and send out a clear statement of what the band is about. Whilst an average debut may not necessarily mean the end of a band, it can set their progress backwards. As a debut album Beautiful in Danger does not set Jericco back at all. In fact it does the complete opposite. Jericco fits quite nicely into the Australian progressive rock genre that has been pioneered by a handful of other bands. This debut cements their place amongst those bands and begins the slow process of becoming a top Australian band. The album sounds simple enough, but the devil is in the detail. Critical examination of every track reveals that simplicity is a difficult process to accomplish. Heavy drum sections coupled with bass lines that hook listeners achieve the desired outcome of getting everyone dancing.

When you think that we are forever condemned to listen to uninspired music along comes Beautiful in Danger and a light of hope is projected across the Australian music scene. Whilst this is not their first release it is one to remember. One hopes that this album propels their career in the direction to more rock dance anthems. Catch their live shows now before they explode on the scene and their tickets become a sought after commodity.