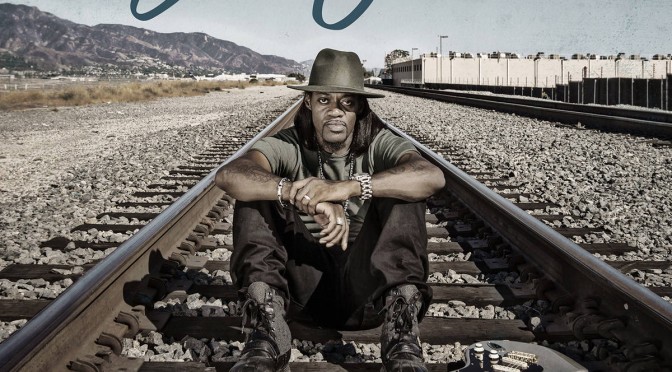 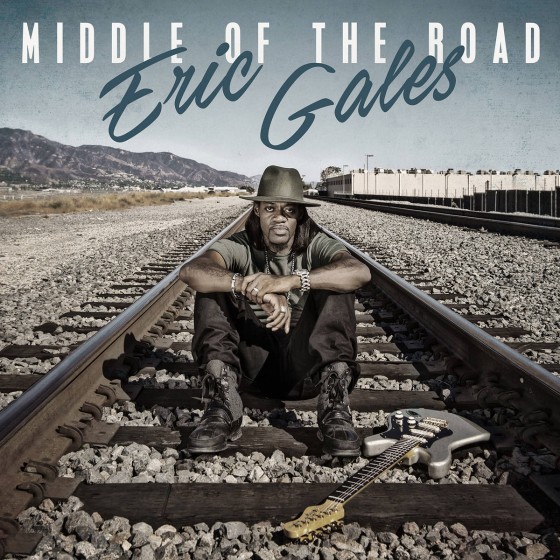 “Now that’s how you start a riff” is spoken with feeling after the opening bar of Good Time which is a sparkling piece of gospel boogie that would not be out of place in a white clapboard church scene out in the US Midwest, featuring Eric Gales as the guitar-wielding preacher, and a the wailing back-up singing of his wife LaDonna Gales giving her all. There are some almost ridiculous testimonials being made about this guy, from the likes of Joe Bonamassa – “One of the best, if not the best guitar player in the world”; Carlos Santana – “He is absolutely incredible” and Mark Tremonti of Alter Bridge – “This guy could be the best player on Earth”. He was hailed as being the next Hendrix when he burst onto the scene in 1991 playing an upside down guitar left-handed.

Change In Me (The Rebirth) kicks off with a reggae lilt to the riff, and Gales’ honey-smooth vocals, with some subtle Hammond organ in the background, underpinning the tasty little guitar-breaks, and then breaks into a superb blues solo that just burns from the speakers. Some wonderful jazzy-blues drumming keeps you guessing all the way through the track, which fades out under another fiery solo.

Gales is at the mellow end of the blues spectrum on this album, which is studio album number 15 (which is somewhat embarrassing for me to admit is the first I have heard in full), and there is the feel of a very late night, smoky basement bar to Carry Yourself which brings Gary Clarke Jr to mind, including an impassioned solo over the incessant rolling riff and rhythm section. This oozes like treacle into Boogie Man which actually features Gary Clarke Jr himself, sharing the vocals and taking a lead guitar role, and features a pretty laid-back guitar-duel to end the song.

Another calypso-feel opens up Been So Long and the vocals are more like the recital of poetry than a standard song, and there is a solo that is so pure and piercingly clean in its delivery. The chorus has some massively warm harmony guitar and keyboards which becomes a standout feature of the track.

An acoustic guitar swampy-blues intro, with some distorted vocals harking back to the John Lee Hooker cry of “Howl Howl Howl” kicks off Help Yourself which features a new name to me in the Clarksdale, Mississippi teenage guitar hero in the making Christone ‘Kingfish’ Ingram ……… the song closes out with a simple and effective harmony between guitar and vocal.

Some powerful chords accompany the opening vocals to I’ve Been Deceived before the backing singers power in with the chorus line which has a really unusual guitar riff behind it, that is a bit different to the rest of the record. There is nothing unusual about the solo though which absolutely blitzes the listener, and doesn’t let up through the next verse and chorus….as if Gales has just completely let himself go! Superb!

More jazz-rock with Repetition which has a slightly discordant sound to the melody, and features dual vocals from Gales and his big brother Eugene, and a blistering guitar solo from the latter, and features some funky bass (also from Eric G who is apparently a bassist first and guitarist second!). According to producer Fabrizio Grossi, “Eric is simply Miles Davis’ and Jimi Hendrix’ love child, that’s my story and I’m sticking to it.” This description serves quite well on listening to this album.

Help Me Let Go is the one true ballad on the record, comprising just some smooth soft vocal harmonies over acoustic guitars, with a solo from the Gary Moore / Carlos Santana school of clean guitar-work. Another shift in technique brings in some vocal looping over a staccato funky riff in I Don’t Know, with a rootsy feel and another couple of solos and lead breaks that keep highlighting what a superb guitar player Mr Gales is.

Last track on the record is called Swamp and is a scintillating instrumental guitar work out interspersed with some stripped-back segments, and some subtle showcasing of the talents of the rest of the band in a melange of jazz, blues and funk, all driven by the mainstay boogie-blues riff that pervades the whole track.

Next chance I get I am going to go and explore the 14 albums I have missed out on….and hope we get the chance to see this man over in Australia before too long – Bluesfest 2018 perhaps!