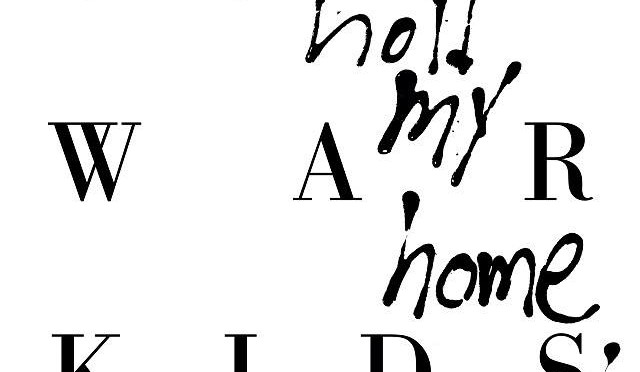 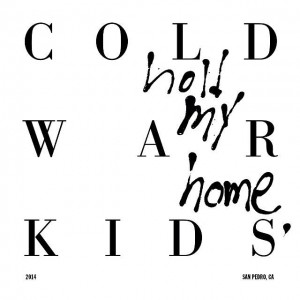 With a change in the line-up consisting of two new members joining the team and a brief stint with a side project called French Style Furs, Long Beach indie-soul rockers Cold War Kids return to the fold with their fifth album release, ‘Hold My Home’.

The album kicks off with their debut single ‘All This Could Be Yours’ . With the chugging piano and solid foot stomping beat, it’s hard not to imagine how BIG this would sound in a live music environment being surrounded by concert goers and fans alike, all chanting along with the words. The same could be said for songs ‘First’ and ‘Drive Desperate’ , with both running the strong potential of a crowd engaging chant, something fans both new and old will appreciate.

‘Hotel Anywhere’ brings forward bassist Matt Maust’s groove while the guitars ring through the track. ‘Nights & Weekends’ is a stand out track in comparison to the rest, with its dreamy sounding production complementing Nathan Willett’s vocals wonderfully. It makes for the kind of track you could lay out on the green grass and watch the stars go by to, all while holding your significant other or even with best friends, simply reminiscing over old times.

‘Harold Bloom’ is one of the albums most lyrically deep entries which brings forward an introspective ballad about the reality that criticism can place on artists and musicians alike, all the while a stripped back haunting organ plays out with a single tambourine shake in the background. Certainly one of the highlights of the album.

The closing track, ‘Hear My Baby Call’, certainly showcases where the soul in “indie-soul” comes from.

If Dear Miss Lonelyhearts (2013) was a step in the right direction after Mine Is Yours (2011), then Hold My Home is the album that will continue to make Cold War Kids walk tall and strong after all these years. While new territory may not be ventured into musically, it still certainly travels the streets it knows so well, all the while solidly placing them and setting their history in stone as one of the better survivors of the indie rock scene.

Whether it be the venture into a side project, or the line-up change, the album feels like a breath of fresh air for Cold War Kids. The album is well polished but still without a doubt, uniquely their own. With summer just around the corner in Australia, Hold My Home is set to be a suitable soundtrack to the sunburnt season.