Recorded in the US with producer and long time friend Kevin Gates (Never Shout Never, The Ready Set), ‘Fire’ is a lush indie-pop track with a punchy chorus that tells a specific story between two people and the experience most can relate to – the confrontation of telling a lover that you’re no longer in love with them.

“I feel like we’ve all been there before,” says guitarist Andrew Turner. “Either not loving someone or not being loved”.

With the accompanying music video filmed in home-town Melbourne by director Dillion Pearce, ‘Fire’ is one of three recorded tracks to be released by the five-piece as standalone singles throughout the year.

The band had also collaborated with Kevin prior to this, producing 2011’s EP ‘The Last Teenagers’, the result of which made it an easy choice to work together once again. “Kevin is a very talented man and he gets the best out of us and our music,” recalls vocalist Matt Seymour. “We decided to go back and do it all again, and the musical environment was very laid back and creative”.

“I’d say musically we’ve definitely matured our sound where we’re a lot more straight up and a lot less of the “bounce” that fans came to hear from ‘The Last Teenagers’ EP,” says guitarist Anthony McLean. “I’d say we’re drawing on a much more diverse range of influences this time too, in order to come up with some something that’s uniquely ours”.

A Sleepless Melody was established when high school friends Matthew Seymour and Andrew Turner came together, sharing a common love of music. Honing their craft and musical sounds, the duo went on to form A Sleepless Melody, capturing their distinctive sonic on their debut self titled acoustic EP in 2010.

Further developing their song-writing skills, the band transformed from an acoustic duo to a full electric band in 2011, releasing their second EP “The Last Teenagers”.

The release of this EP culminated in an endless string of tours across the country and rapidly building a hefty fan base after supporting the likes of Valencia, Rufio, Cartel, Transit, Tonight Alive, New Empire, Masketta Fall and Lydia, to name a few, but more recently trekking to Singapore to support American rockers The Maine in 2013 as well as playing their own headlining shows in Malaysia.

Moving forward to 2014 and armed with a new bunch of songs, A Sleepless Melody show no sign of slowing down. “Ultimately we just want to take our music as far as we can, do a whole lot more travelling in the process as well as write and create new music that we are all satisfied with and most importantly proud of,” says Dave. “We’re all super excited about the future of this band”.

CONNECT WITH
A SLEEPLESS MELODY 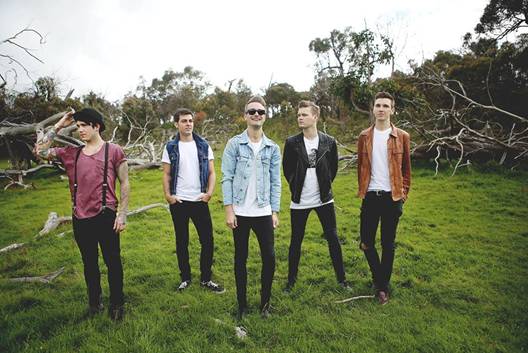