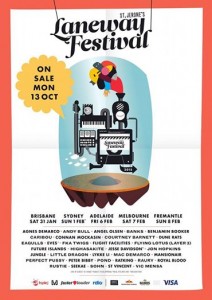 Prepare yourselves for the 2015 Laneway Festival line-up, one of our favourites yet.

Traversing seven cities and three countries, the festival is well and truly settled into its home in each state. From the sparkling backdrop of the Maribyrnong and Port Rivers in Melbourne and Adelaide, the beachside location in Fremantle, the historic grounds of Sydney College of The Arts and our brand new home in Brisbane, the event is a true highlight on the Singapore, New Zealand and Australian music calendars.