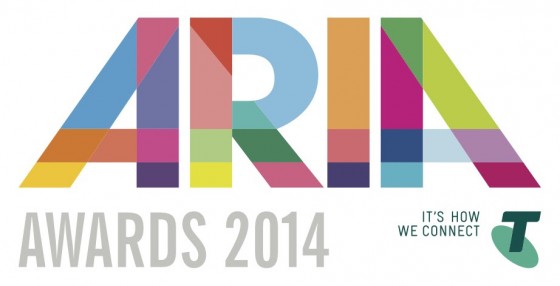 With less than seven weeks until the 2014 ARIA Awards Connected By Telstra, the Australian Recording Industry Association (ARIA) today announced the nominees in all categories, with the winners to be announced at The Star, Sydney on Wednesday, November 26, 2014.

This year’s ARIA Awards Connected By Telstra are supported by the NSW Government through its tourism and major events agency Destination NSW, Telstra, The Star, David Jones, Qantas and PPCA, and will be broadcast on TEN on Wednesday, November 26.

ARIA Chairman and Chairman & CEO of Sony Music Entertainment Australia & New Zealand and President, Asia, Denis Handlin, AM said “On behalf of the ARIA Board I would like to congratulate all of the winners announced today in the Fine Arts and Artisan categories, as well as those artists nominated for the 2014 ARIA Awards Connected By Telstra. Each of the nominees and winners truly demonstrate the influence and creativity of Australian music and we look forward to celebrating a wonderful showcase on 26 November at The Star, Sydney.”

ARIA Awards were presented to the recipients of three ARIA Artisan Award categories (Producer Of The Year, Engineer Of The Year and Best Cover Art) and four ARIA Fine Arts Awards categories (Best World Music Album, Best Jazz Album, Best Classical Album and Best Original Soundtrack/Cast/Show Album) at the Nominations Event – they became the first of many artists to be acknowledged by their peers for their creative contributions over the last 12 months.

Highlights of the ceremony included Chet Faker’s album ‘Built On Glass’ scooping all three Artisan awards. This is the first time an artist has won all three Artisan Award categories since 2002 when Silverchair’s ‘Diorama’ achieved the same feat. ARIA praises Joseph Tawadros for being the proud recipient of the Best World Album ARIA Award for the third year in a row after accepting an ARIA Award for his latest album ‘Permission To Evaporate’ at the 2014 ARIA Nominations Event. ARIA also congratulates ABC Music, who have a lot to celebrate today with their artists winning all four 2014 ARIA Fine Arts Awards.

ARIA Chief Executive Officer, Dan Rosen, added “2014 has been another remarkable year for Australian artists both at home and across the globe. The artists honoured today as winners in the Fine Arts and Artisan Categories show that the high quality of artistic achievement in the Australian music scene is spread across a wide range of genres. The Artisan Award winners exemplify that hard work, innovation and creativity is not limited to those who play the music but also those who contribute to the recordings behind the scenes. It is also with great excitement and anticipation that we announce the nominated artists in the further 18 categories that will help create more ARIA magic moments.”

Assistant Minister for Tourism and Major Events, Katrina Hodgkinson said, “Congratulations to the ARIA Awards Fine Arts and Artisan category winners, and to each of the nominees announced today in the lead up to the Awards on 26 November.”

“The NSW Government, through our tourism and major events agency Destination NSW, is delighted to support the ARIA Awards, the most prestigious awards ceremony for the Australian music industry,” Ms Hodgkinson said.

This year has been remarkable for the success of Australian artists both here and around the world. Locally there have been eleven #1 Australian albums so far in 2014 with Australian artists holding the #1 spot on the ARIA Album chart for 19 out of 40 weeks. From newcomers like Chet Faker and Sheppard, to legends like INXS, Jimmy Barnes and our beloved Kylie Minogue, it’s been a magnificent year to see a diverse range of musicians soar to the top of the charts.

Sydney group Justice Crew became the outright record holder for the most weeks at the top of the ARIA Singles Chart by an Australian act with ‘Que Sera’ spending nine weeks at #1, beating the record of eight weeks previously held jointly by Austen Tayshus’s ‘Australiana’, Savage Garden’s ‘Truly, Madly, Deeply’ and Gotye’s ‘Somebody That I Used To Know’.

Australia’s musical influence around the world continues to grow – Iggy Azalea, 5 Seconds Of Summer and Sia have all topped the charts in several countries including the US Billboard Chart. Already 2014 has been the best year for Australian musicians in the US since 1981 and this was highlighted when Iggy Azalea joined The Beatles as the only act to rank at #1 and #2 simultaneously with their first two Hot 100 hits in the US.

Stay tuned for further announcements of performers and presenters for the 2014 ARIA Awards Connected By Telstra in coming weeks, including the full program of events for ARIA Week, which is back bigger and better in 2014. Featuring the Electronic Music Conference (EMC), the popular ARIA Masterclass, and curated showcases by FasterLouder, Inertia, Sony Music, triple j, Warner Music and Universal Music and more to be announced, ARIA Week ensures that music fans and venues around Sydney are going to be spoilt for musical choice in the lead up to the 2014 ARIA Awards Connected By Telstra.

Album Of The Year

Song of the Year